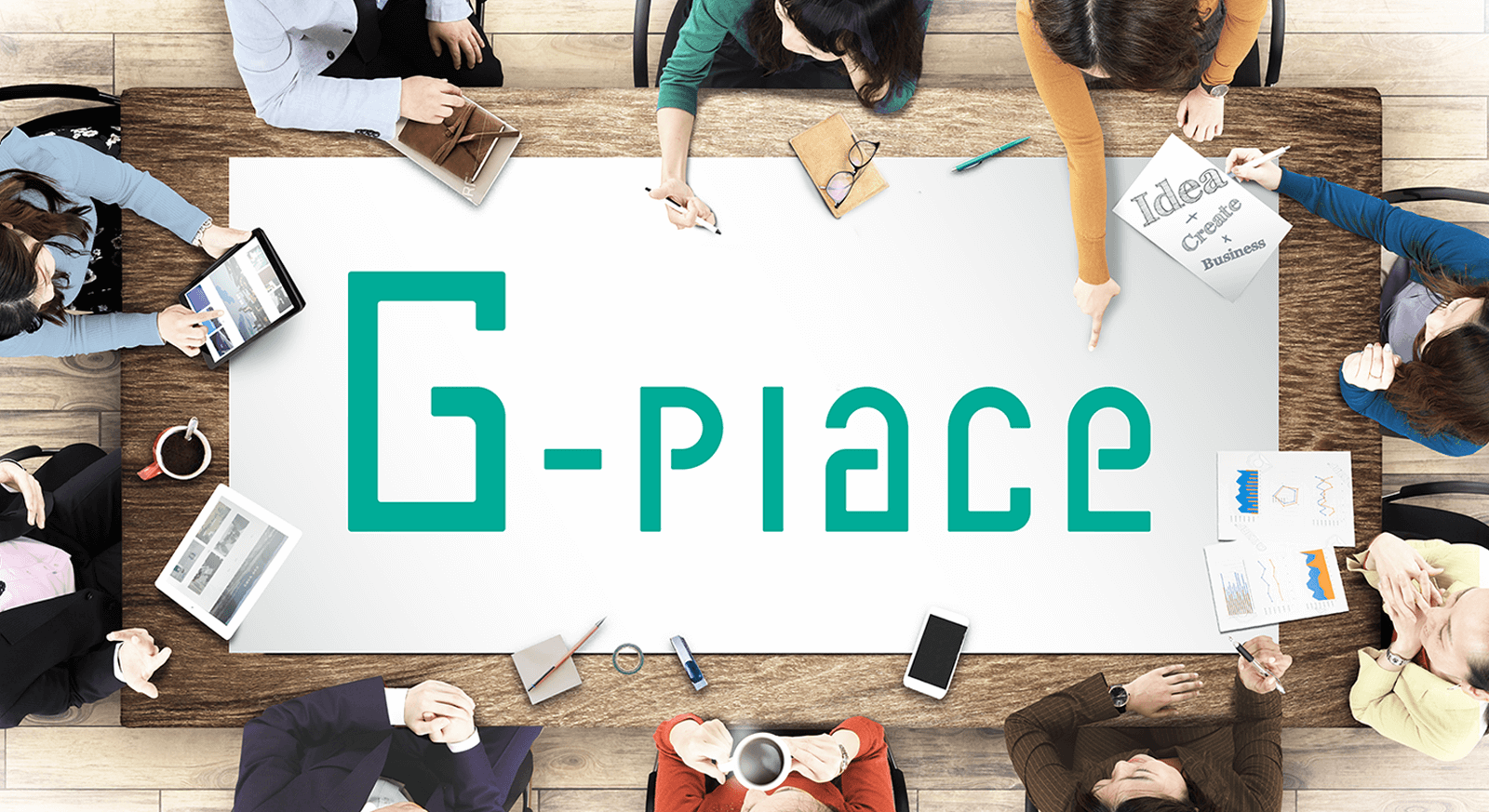 We are a Kyoto-based trading company with 50 years of history in the environmental field, now providing "Made-in-Japan" solutions to the world. In 2019, we changed our company name from Nihon Green Packs Co., Ltd. to G-Place Corporation to promote our further global business development and to share our mission with stakeholders.

As a new channel of communication between local governments and citizens, we create smartphone/tablet apps to deliver information transmitted by the authorities. Also, we develop dedicated operating system and software to support day-to-day operations of administrative bodies.

By promoting “Dom’Up”, a unique tree house/suspension tent which is designed to be suspended between two trees without leaving a trace on them, we support local governments and tourism associations to revitalize woodland areas of Japan.

Aiming to change viewpoints on agriculture, and to enliven rural areas, we work on launching an innovative community-based agribusiness. We will utilize "drones", "big data", AI and IoT devices to provide services related to production, distribution and sales of farm products.

Under the brand of "NaturaMoon", we develop and sell various user-centric and nature-oriented products from sanitary products to underwear to washing detergents. We directly sell the products via online shops as well as wholesale them.

We purchase fastidiously crafted products that we find in Japan and from all over the world and wholesale them to the eco-conscious market. Our clients are e-commerce companies, mail-order service companies and retail shops.

We operate our own e-commerce store to sell our “NaturaMoon” brand and other various products we stock. We also operate a “monthly subscription box” service, which is a regular delivery of products at fixed price per box.

We import German "Bosch" brand home appliances from BSH Hausgeräte GmbH, which is one of the world's largest manufacturer, and sell the products to department stores, electronics retail stores, specialty shops of imported appliances and so on.

We have solar power plant evaluation engineers, and we provide intermediary service of established power plants as well as various application and reporting support service before and after the development .

We design residential solar power generation facilities. For proper mounting of facilities on various roofing materials and in any environments, we conduct strength calculations and system designing. We also provide maintenance services after implementation.

We purchase related components of solar power generation facilities from various manufacturers, such as solar power panels, mounting frames and power conditioners, and wholesale them to system integrators, construction companies and the like.

We contribute to the society through an offer of the recyclable materials, such as recycling plastic timbers and boards called "Ecoro-Gi", as a replacement of wood for temporary construction materials and at construction sites.

AED is an emergency lifesaving medical equipment which the public can use in the situation called SCA (Sudden Cardiac Arrest). We contribute to the society through promoting AED to various business partners such as local governments and private companies

Proper height safety measures are necessary to prevent accidents and protect workers' lives. We offer permanent fall arrest & restraint systems which are designed to prevent or stop a worker from falling and to minimize injuries in case of a fall.

From buyers mainly in Asia, we take many requests for the handling of different products and we offer supplier discovery and purchasing negotiations. In addition, we also offer overseas sales channel development consultation to suppliers in Japan and make proposals to overseas buyers. 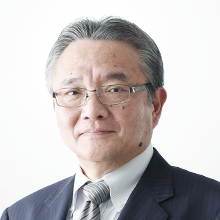 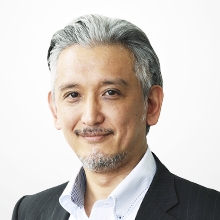 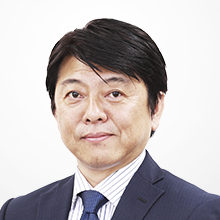 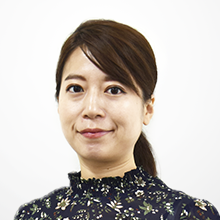 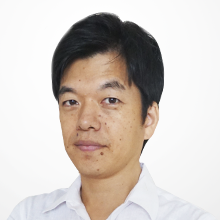 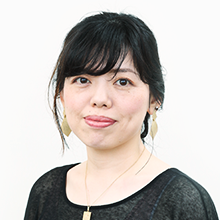 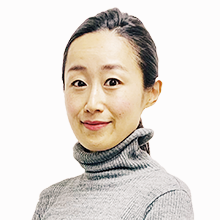 Introduction of our system in Expo ’70 (Osaka Banpaku)

-We expanded our business nationwide after introduction of our combined system in garbage collection in the Expo '70, also known as Osaka Banpaku.
-We started to develop resource saving and pollution-free composite resin film

-We developed a new composite resin film and started to promote plastic garbage bags instead of paper bags to local governments.

- We started a new business of selling consumer products and entered the fields of household, personal care and cosmetics at the time of joint development with Japanese sake brewery to produce natural cosmetics for sensitive skin by utilizing rice bran which is a by-product obtained from the rice milling process, and acquired the sales right of the cosmetics brand.

-We started to sell a skin-friendly liquid bath additive which 98 % of the ingredients is fermentation rice extract and free of preservative, synthetic color, synthetic perfume and emulsifier for people who have dry skin and dermatitis as the first in-house developed product.

-Toshikazu Yamanaka was appointed to president.
-We started comprehensive contracting service for local governments charging citizens the fee for waste processing by designated garbage bags, also known as “pay-as-you-throw programs”.
-Along with the above business, we developed a dedicated operating system software and started an IT business.

-Assenting to its concept of CSR and charitable institution, we became a distributor in Japan of Bosch und Siemens Hausgeräte GmbH(currently known as BSH Hausgeräte GmbH).

-We became a distributor in Japan of German organic certified detergent brand “AlmaWin” and started importing and marketing their products as our first oversea household product.

-We became a distributor in Japan of Korean manufacturer of electronic components, Hansol Technics and started a new business of renewable energy promotion in Japan by selling solar panels.
-We developed sanitary napkin brand “NaturaMoon” which is the first product that achieved combination of "top sheets of 100% cotton" and "super-absorbent polymer free" as quasi-drug approved in Japan for women who have sensitive skin or prefer natural feeling.

-We constructed a solar power plant in our own holdings in Fukushima Prefecture, and began the operation.
-We expanded our IT service business by starting application development services for local government as new business.

-We established a sales subsidiary “Vietnam Green Packs” in Ho Chi Minh City as a base for the Asian market.

-We became a contractor of JICA and started to conduct a feasibility survey for a waste plastic recycling business in India.

(Place for each employee to find value, purpose and satisfaction of their own job and to grow themselves.)

(Place for many and various customers and partners to gather to pursue mutual development with us.)

(Place for our customers, partners and employees to generate business which offer new options for people and society.)